We all love to smoke a little bit of cannabis from time to time, and celebrities are no exception. These days, many celebrities don't hide the fact that they love cannabis like Snoop Dogg, Willie Nelson, or Seth Rogen.

However, there are many celebrities that still love to toke up without being as upfront about it. Read along to find out which 7 celebrities love cannabis that you didn’t know about. 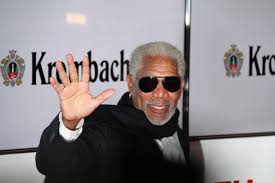 Morgan Freeman - the voice of reason. Not only does he need little introduction, but it’s highly likely that you're reading this in his voice right now. The man with the golden voice has appeared in a seemingly infinite list of popular movies and TV shows.

It's for good reason he's been a staple in the movie industry, as he is a renowned actor and narrator who has gathered many awards. What many people don't know though is that Freeman is an advocate for and frequent user of cannabis.

In 2008 he was involved in a severe car accident that left him with a chronic pain disorder known as fibromyalgia. He says that the only thing that offers him relief from the pain is marijuana.

However, he says he's been using marijuana long before that happened, although less frequently. He believes that cannabis should be legal because it provides medical benefits beyond just pain. 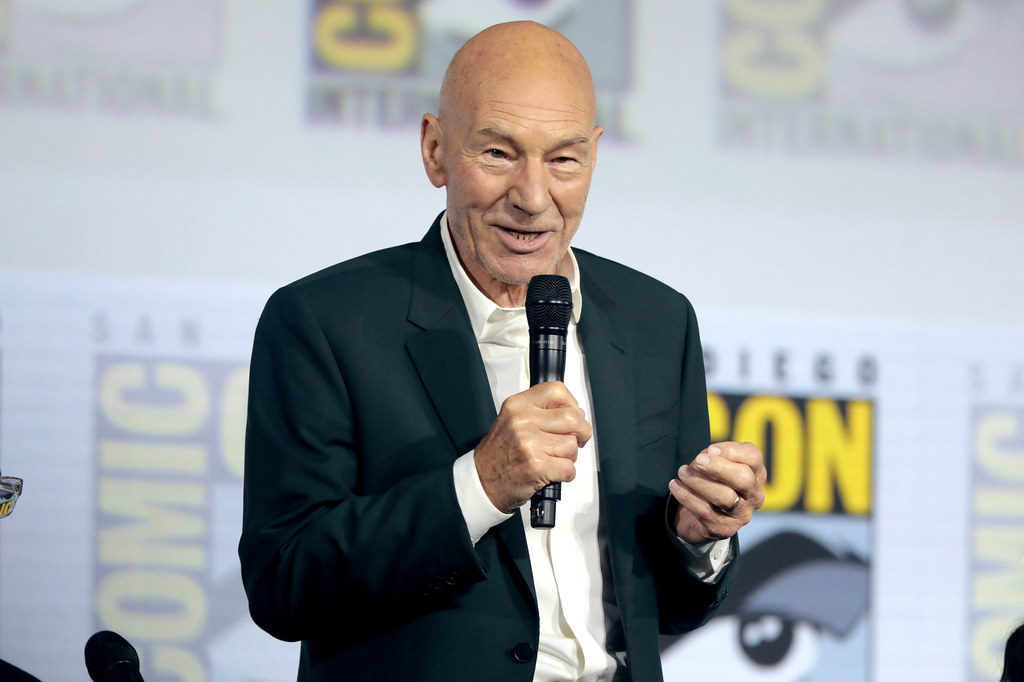 Sir Patrick Stewart is the man behind famous roles like Captain Picard in Star Trek, and Professor Charles Xavier in the X-Men saga. On top of being a celebrated actor, he has also been knighted (hence the sir) by Queen Elizabeth II.

Just a few years ago, during an interview with NME, Stewart said that he uses cannabis every day. He has the genetic condition of ortho-arthritis in both of his hands, which causes severe pain.

He stated that he: "purchased an ointment, spray, and edibles" from a dispensary after getting his medical marijuana card. Now, he uses a combination of these cannabis products to help him relieve pain.

Not only is he a believer in cannabis, but he is also a firm supporter of cannabis reform. Currently, he is promoting an Oxford University study looking into the medical benefits of cannabis.

Although this might not come as a surprise to some, as Lady Gaga can be quite artsy and creative, at one point in her career, she claimed to be smoking up to or over 15 joints a day.

She stated: "it's ultimately related to coping with anxiety, and it's a form of self-medication". Luckily, she has reduced the amount of marijuana she smokes but she still partakes for medical reasons.

Like Morgan Freeman, Lady Gaga suffers from fibromyalgia as well, and uses cannabis to help relieve her pain. She says that it's one of the only things that can help her deal with the chronic pain she suffers daily. 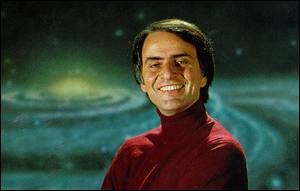 Now many of you probably don't know who Carl Sagan was, but at one time, he was one of the most famous scientists in America. He garnered widespread notoriety for creating a top-rated show called Cosmos in the 1980s, which explored various scientific topics.

The show is credited with being a turning point for science-themed television shows. Astronomer Carl Sagan took large and small existential scientific subjects and made them captivating and entertaining for the masses.

Sadly Sagan passed away in 1996 from pneumonia. After his death, his close friend Dr. Lester Grinspoon spilled the beans about Sagan's cannabis use.

According to Dr. Lester, Sagan had been an avid smoker since the 1960s. On top of that, Dr. Lester claims that Carl Sagan wrote an anonymous letter under the name 'Mr. X' in the 1970s discussing his love of marijuana and how it helped him come up with extraordinary scientific ideas.

Often, cannabis use is associated with dull and lazy people, but Sagan’s consumption certainly helps dispel that myth.

Perhaps Kirsten Dunst loves marijuana so much that it led her to playing her most famous role as Mary Jane in the early 2000s Spider-Man trilogy! Actually, we're pretty sure it's just a coincidence. However, Dunst definitely likes to partake.

In a 2007 interview, she said: "I've never been a major smoker, but I think America's view on weed is ridiculous. If everyone smoked weed, the world would be a better place".

Dunst then goes on to clarify, "I'm not talking about being stoned all day, though. I think if it's not used properly, it can hamper your creativity and close you up inside".

As recently as 2017, she was on Jimmy Kimmel Live, retelling a story about how she accidentally smoked an entire joint on a film set. The mishap ended up with her being the most stoned she's ever been in her entire life.

Most people know Roseanne Barr from the 90’s comedy show Roseanne. It just so happens that Roseanne is a big fan of cannabis.

She says that she started smoking cannabis regularly because she suffers from macular degeneration and glaucoma. She turned to marijuana as a way to self-medicate because of the pressure in and behind her eyes.

But it doesn't stop there. Roseanne became so involved with weed that she invested in a dispensary in California in 2016. The shop was going to be called "Roseanne's Joint," but it seems like the deal is off the table, since there's been no word on it since 2016.

Although not a secret, many people don't know the famous entrepreneur was into cannabis way before starting Apple. Jobs said that in the early 1970s, he used cannabis as a way to make himself more relaxed and creative.

His favorite methods were smoking hashish and ingesting brownies. Jobs said that he would probably smoke or have a THC edible up to at least once a week. Maybe that's part of what inspired him to found Apple, but we'll never know!

More Common Than You Think

Ultimately, this list shows how common cannabis use is among even the most famous people in our society. However, the reason behind their cannabis use varies, such as the need for stress or pain relief. As cannabis continues to become more socially accepted, it’s likely that there will be many more A-listers coming out about their cannabis use.

*All images provided by Google*